Wyadup beach truly is a gem! And it is fairly hidden away so you don't need to fear too big crowds ... 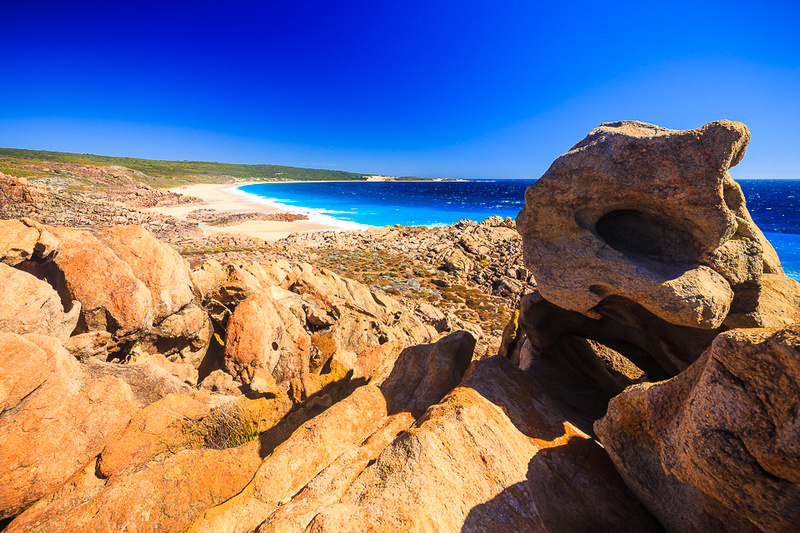 View from the top of Wyadup Rocks 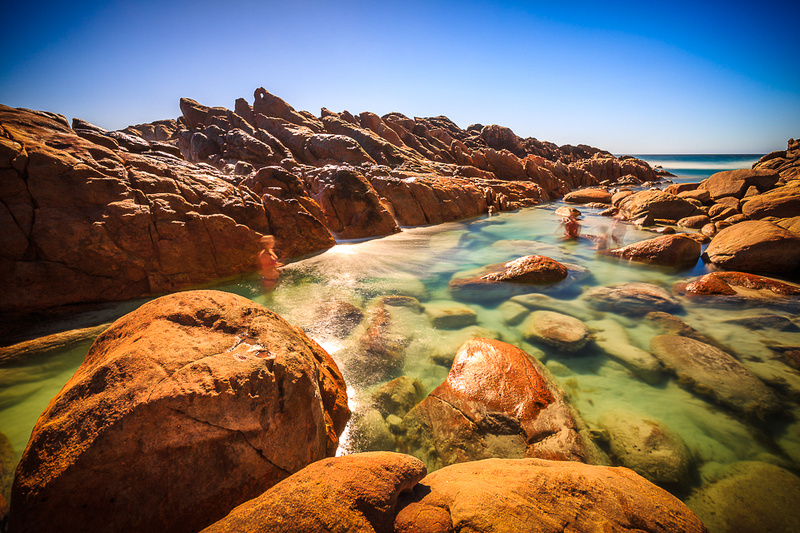 This is a great spot for a dip and a natural shower, as the water gushing in from the ocean creates quite a bit of splash - so keep your camera gear at a safe distance! Some of these waves burst well over 6 meters in the air... 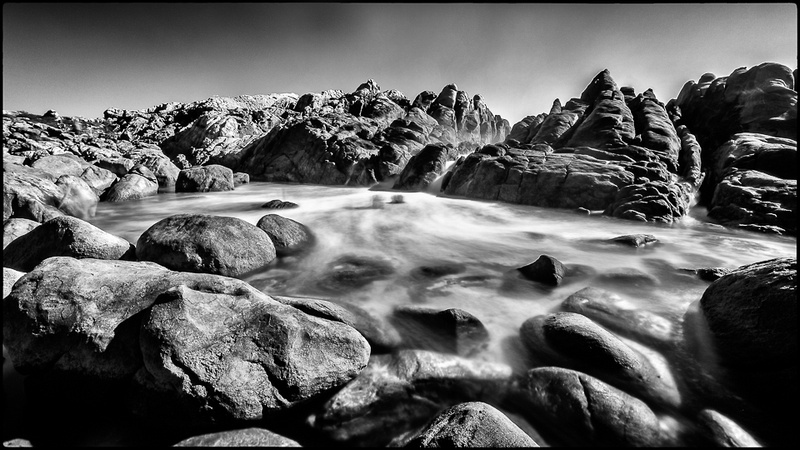 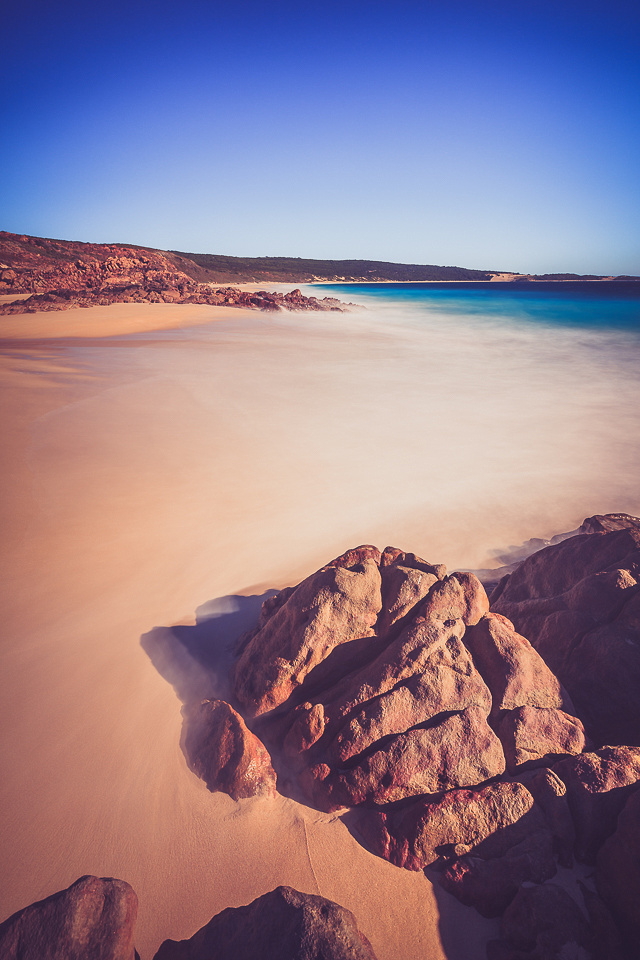 Just after this shot, I had set my tripod and camera up on some rocks to the left to take another long exposure. As I had everything in position, I took a step back because I wanted to check another vantage point. At this moment a gust of wind picked up and toppled my poor old tripod and camera over... I saw it falling and tried to grab it but missed it by a few inches... My heart stopped for a moment as my camera lay - still attached to the tripod - face-down on the rocks below...

I quickly jumped down and picked everything up and - thank god - there was no major damage done to the glass or the body... phew! The only damage are a chip in the tripod's quick release, a few scratches and minor dents on the polarizer filter's rim, and a bent and scratched strap-attachment on my camera...
" 'Tis but a scratch! " 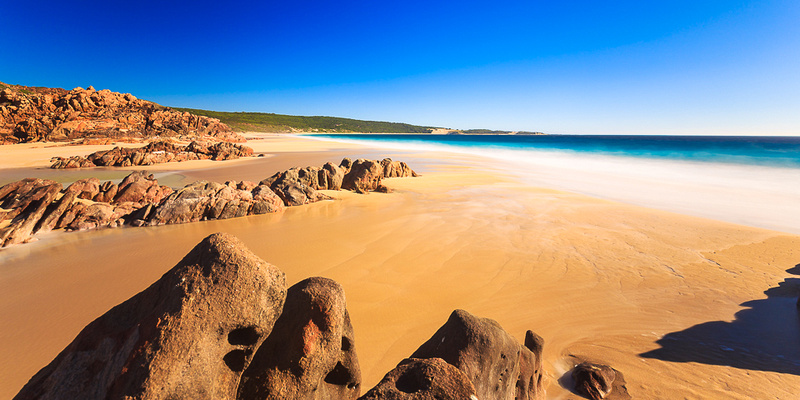 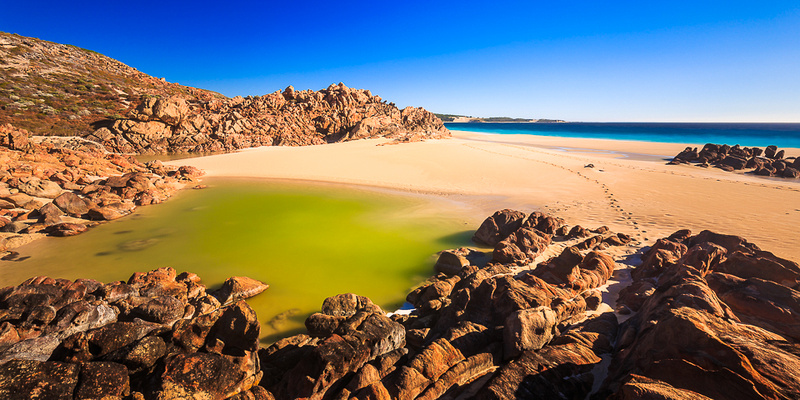 These pools are one of the reasons why Wyadup is so special in this area. They may be a bit too shallow for a swim  but they sure look awesome!

The above image is a panorama consisting of 4 images - all of them 30 second exposures (@ f/9, ISO 50 &16mm) that I shot horizontally with my 10-stop ND filter. The images were then stitched together in Photoshop Elements and post processing was done in Lightroom. 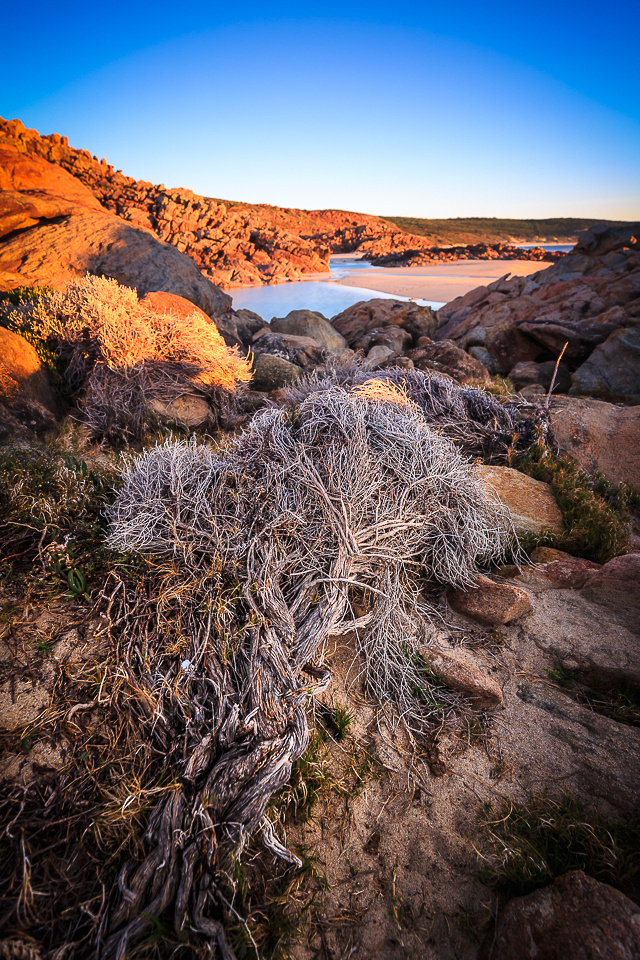 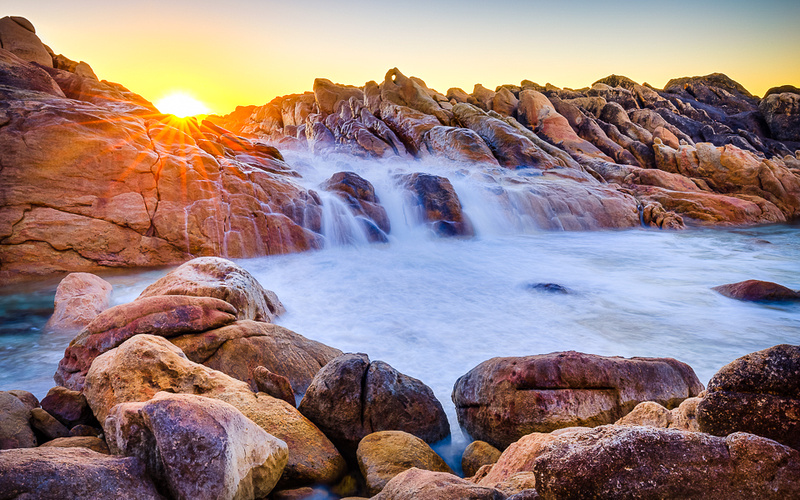 This image is a 7-shot HDR . I wanted to capture the sun burst but only managed to get two shots with it in the image, before the sun disappeared behind a broad band of clouds on the horizon.
I'm still quite pleased with the final result, as the longer exposures of the HDR captured quite a bit of water flow on the rocks. 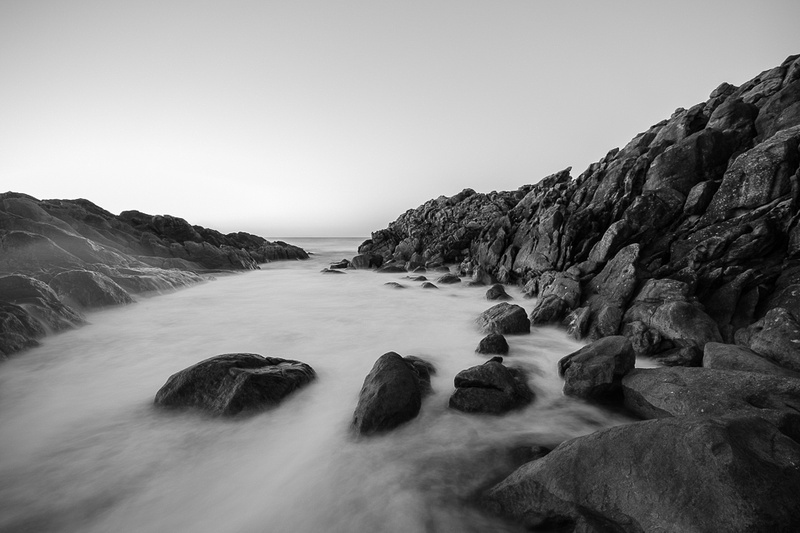 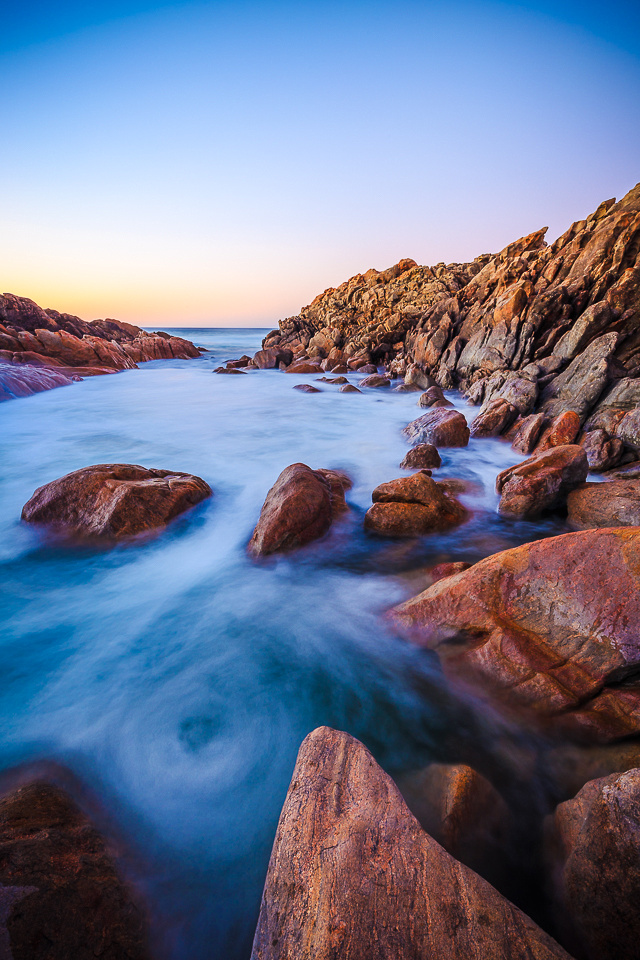 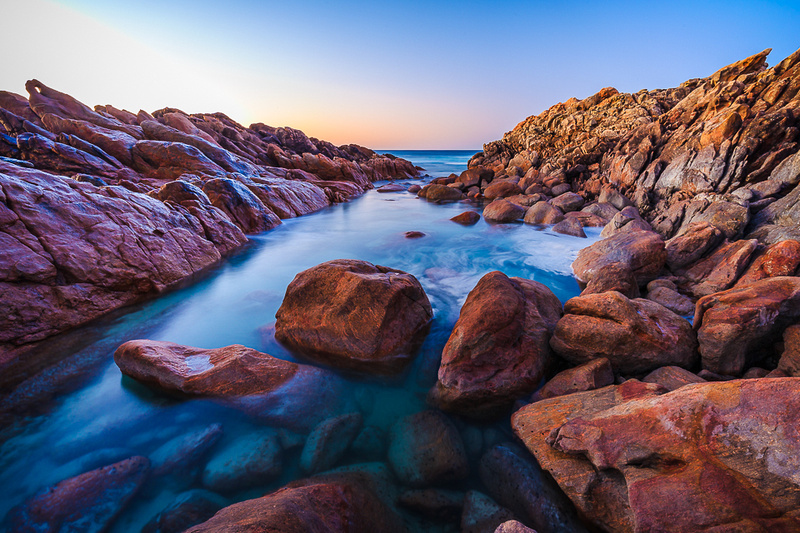 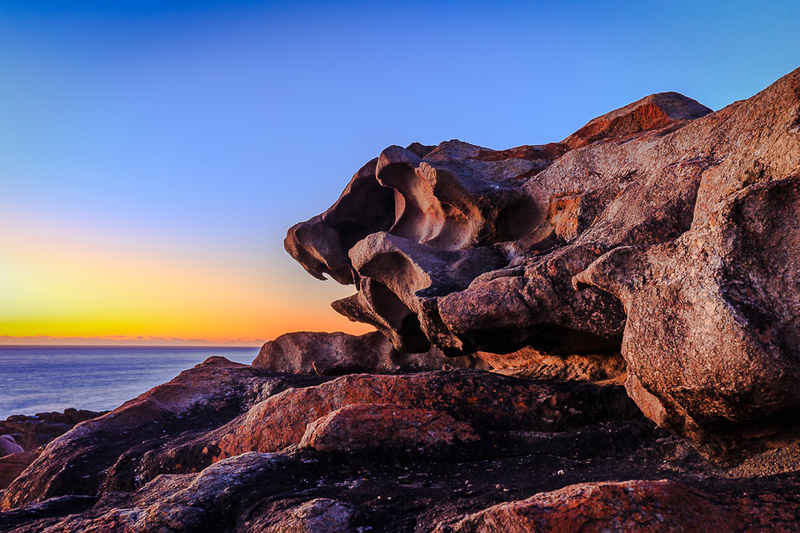 As the sunset was rather disappointing I headed back up the car but found these interesting rocks along the way that we're lit up nicely by the last rays of the sun. Couldn't pass these without taking a shot. They reminded me of some sort of 'roaring beast' :)
Keywords: Australia, B+W, Beach, Canon, Coast, Long Exposure, Margaret River, Panoramic, Photography, Rocks, Sea, Western Australia, Wyadup, Yallingup
« Previous Post Next Post »