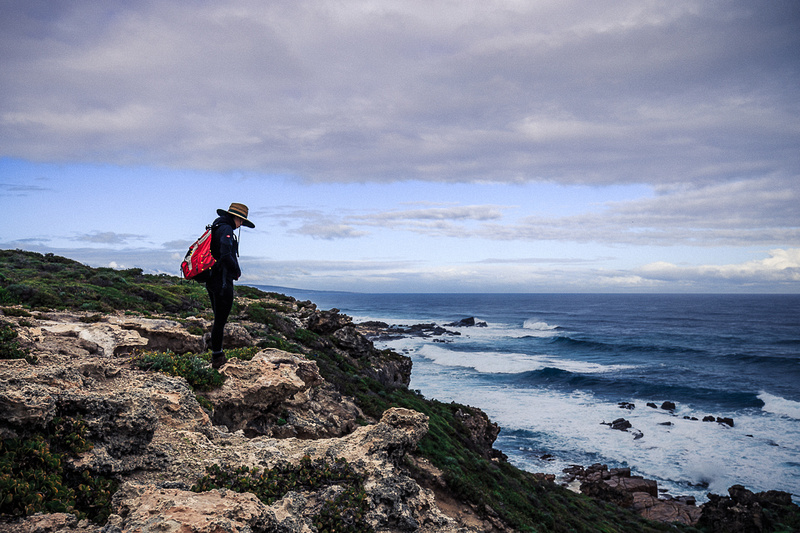 The past weekend we set out, once again, to tackle another stage of the Cape-to-Cape track that runs from Cape Naturaliste to Cape Leeuwin or vice versa. It's an amazing walk with so many cool things to see that some have dubbed it the Great Ocean Road of Western Australia. 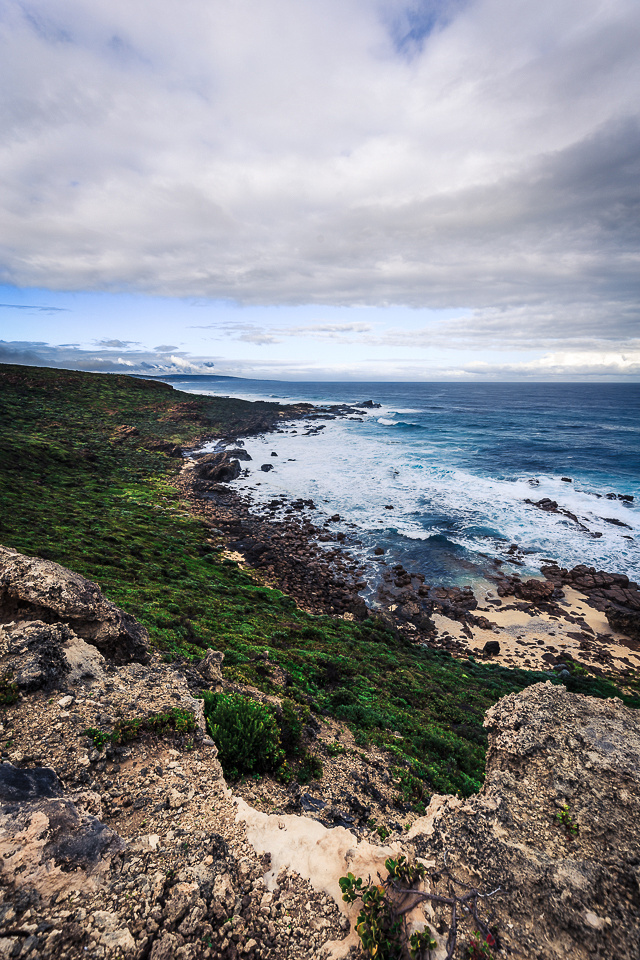 In January we completed the first major stage of the track and walked from Cape Naturaliste in the north to Injidup beach. According to Google maps, this was a 26,5 km walk with a lot of parts along beaches and through sand which made for a nice little torture. The last 3 kilometers were so rough - especially as the last leg of the stage lead along Injidup beach for a guestimated 100 kilometers - that my knees started swelling and nearly gave way under me. But we had to soldier on and in the end spent around 12 hours walking that stage. This painful ending was the reason why we haven't found the motivation to carry on to the next stage in the past 6 months haha. 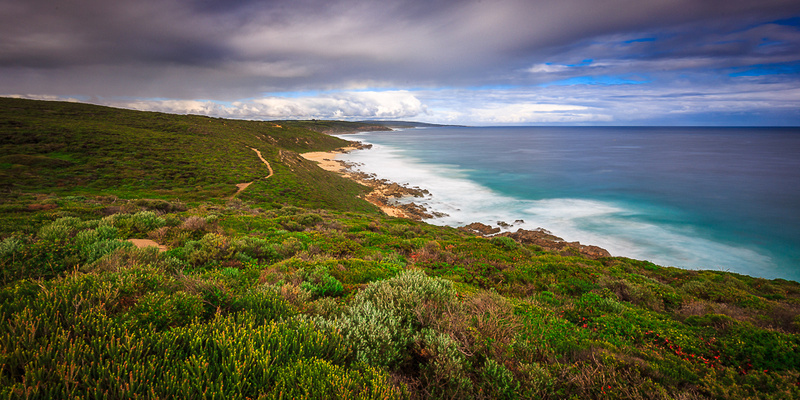 So the weekend before last we finally set out again and walked from Injidup to Moses Rock Beach which was quite a pleasant ~10km (and 4 hour) stroll along bushland, beaches, cliffs and dunes and we thoroughly enjoyed it. :) So we decided to walk the next stage - Moses Rock Beach to Gracetown this past weekend.
Unfortunately I didn't take any photos at all during the Injidup-Moses Rock stage - you just have to take my word for it. :D

This time it was supposed to be 12 kilometers but it felt like much more. Although the walk itself was much more demanding than the previous one, it was by far the most scenic stage. We walked past the stunning Wilyabrup cliffs, crossed wilyabrup brook, saw countless beautiful rock-formations sticking out of the ocean, climbed sand dunes, and had amazing views of the coast and the ocean. 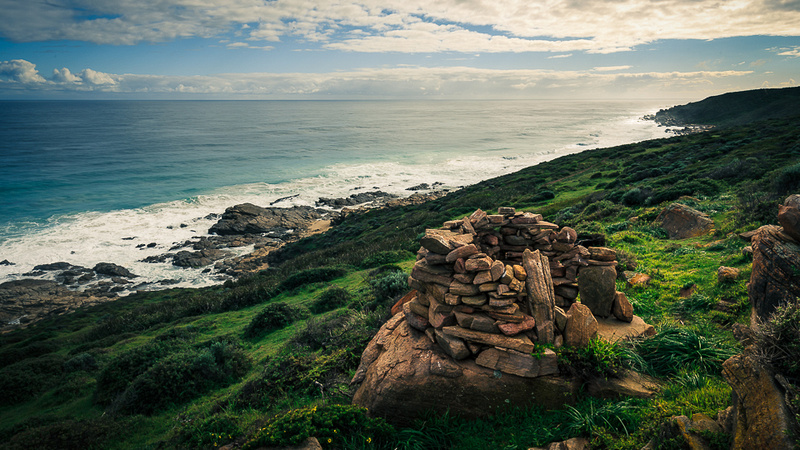 Oh, and did I mention the pod of approx 30 dolphins that accompanied us all the way from Moses Rock to Gracetown? These little fellas had a seemingly good time feeding and playing along the coast and it's always a great sight to see wildlife like this, so close to the shore :) 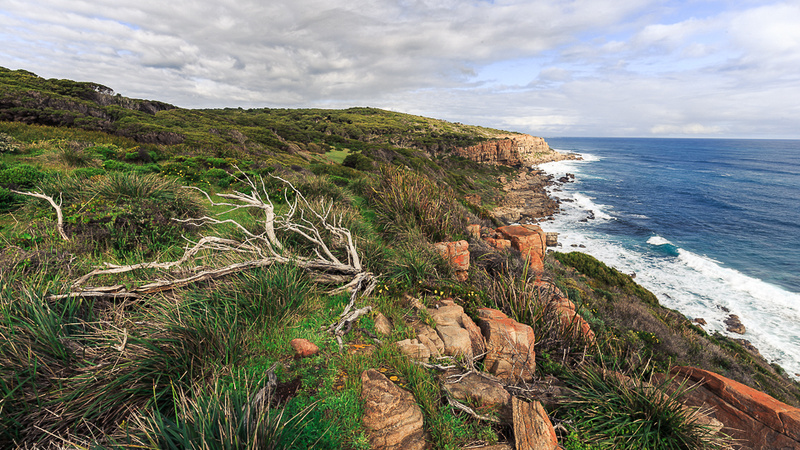 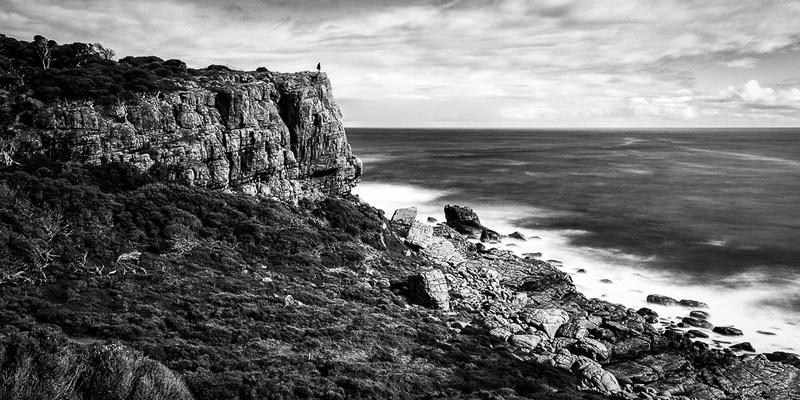 Leo on top of the Wilyabrup Cliffs 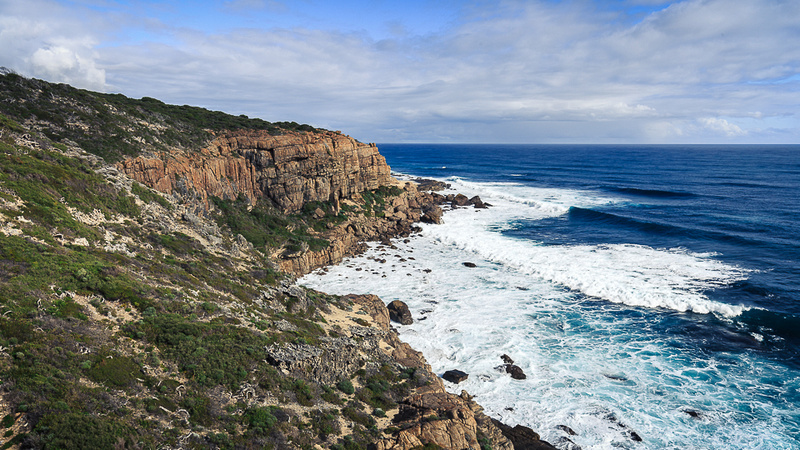 As mentioned before, this stage felt much longer than anticipated but it is one of the prettier stretches of the coast and there's just so much to see.

This coming weekend we'll be headed to Balingup, but hopefully we can continue our Cape-to-Cape journey the following weekend, so stay tuned !!